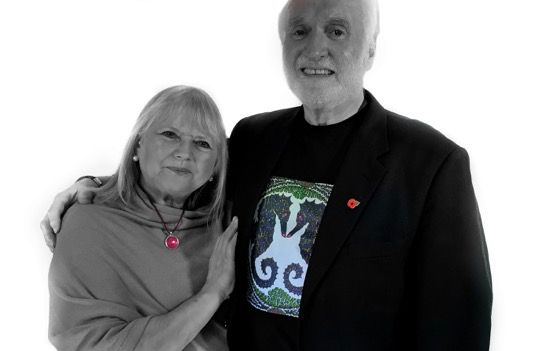 Martyn was brought up on a farm in Sussex and went to Australia when he was 18. He spent 7 happy years there and this is where his love and knowledge of Australian Folk songs and the beginnings of his Artwork started. On his return to England he was commissioned to produce a mural in Carnaby Street, London.

Danni went to Reigate Art College in the 1960’s was accepted for Goldsmiths but through turn of events followed another path. Her passion for drawing and painting have continued throughout her family life. She has had several successful exhibitions along with Medici publishing her artwork.